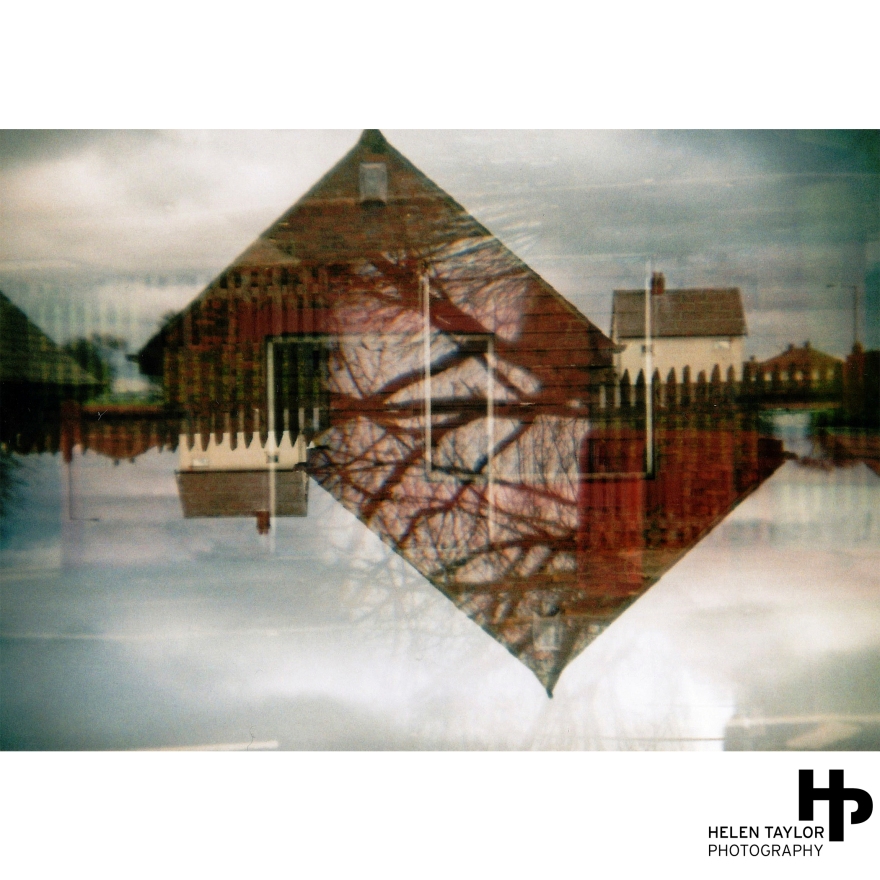 “Expect the unexpected and the excitement of the experiment”

If you have had a chance to look round my exhibition at Civic Hall Stanley you may be wondering exactly what the Holga 135BC is (and even if you’re not wondering I’m going to tell you anyway). This was one of my first analogue cameras and belongs to the ‘Lomography’ family of photography. Lomography is a movement which aims to keep the spirit of film photography alive in the modern digital world.

The Holga 135BC is an adaptation of the original Holga 120CFN; modified to take 35mm film rather than the square 120 format. The Holga was designed in China in the 80’s as a cheap mass-market camera for the working classes and when introduced to foreign markets its unusual characteristics soon gained it a cult following. As with many things in life, what some people see as failings other see as assets. Holga pictures are characterised by enhanced contrast, radiant colours, random vignetting (BC stands for “Black Corner”) and an almost surrealist sense of focus.

The first of my mirror image shots with this camera (above) came by accident. I was walking around Stanley with my son trying to achieve some double exposures of subjects with different textures in the background. I noticed a house with some very strong geometrical lines and took a shot, I wondered what would happen if I turned the camera upside down and took the same shot again without winding on the film. I thought nothing more of it until I developed my film and then got a really nice surprise. Once I realised how fascinating the technique could be I was hooked. I must have taken easily over 100 of these images now, with varying subjects and locations, and selected 60 of them to put on display at Civic Hall Stanley.

There are, of course, infinite reasons why digital photography is preferable to film. I have a Canon SLR which is an awesome bit of engineering. But that’s all it will ever be to me; a piece of technology, a machine. A film camera is like a little friend who you load up with 24 exposures and go off on an adventure with. Who knows what this little magical black box will come up with? Having a limit on the number of photos (rather than blazing away machine gun style with a digital camera) gives your story a beginning and an end, and who knows what surprises you’ll discover when you receive your prints?

Yes the Holga is temperamental and frequently infuriating – sometimes the shutter gets jammed, sometimes the film falls off the spokes, and sometimes it just refuses to wind on full stop. But when it’s good, damn is it good. Not having to worry about shutter speeds, apertures or ISO frees you up to simply concentrate on composing the shot. The Holga has 2 options for aperture (cloudy or sunny) and four focus settings (helpfully depicted as a person, a small group of people, a large group of people, and a mountain).

Its simplicity is deceptive however, because some of the most visually complex photos I have taken were created by that tiny plastic lens. I love to pore over the double exposures it’s taken and find the seams where the two layers of the images intersect. No two photos will ever be the same and each one is incapable of being replicated. And, to me it’s much more satisfying to know that the image was created by sunlight causing a chemical reaction on film, rather than being an arrangement of pixels on a sensor.