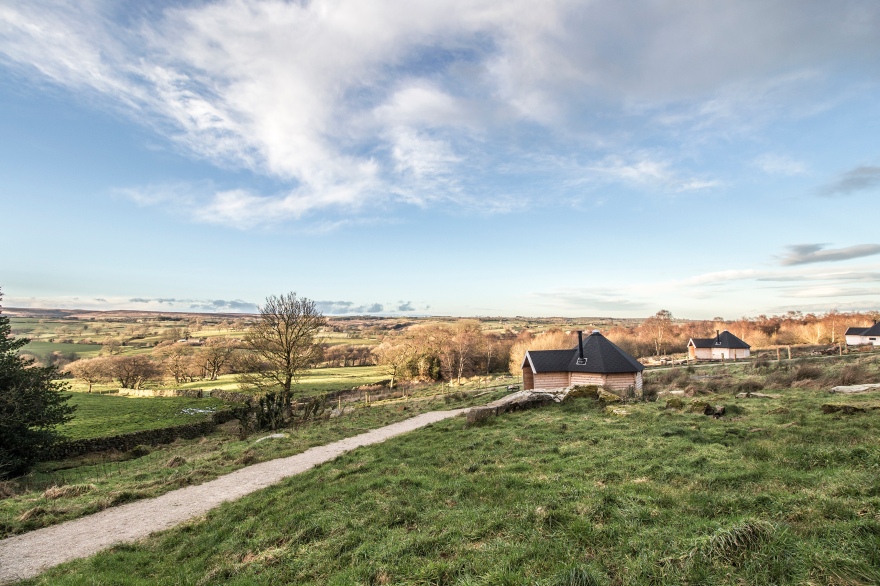 February might be a strange time of year to go on a countryside break, especially with the current bad weather. But for some reason I decided now was the time to take a few days in a wooden cabin with a log burner, just in time for half term. These little huts at Grantley in Yorkshire were so cute and the setting was extremely peaceful. My son was amazed at how many stars were visible at night too, with the lack of street lighting there.

The first part of our break was a trip to Brimham Rocks. It’s one of my favourite places in the UK, the landscape is breathtaking, and at times totally surreal. It’s a photographer’s paradise. This rock is named ‘The Dancing Bear’ for obvious reasons.

Although the weather was a little chilly we still had a good stomp about and it was surprisingly busy. I’ve been here several times but never at winter and it did put a different spin on the environment. As my son declared “One false move and we’re goners!”

I love the rugged beauty of this site, the rocks have been eroded into fantastic shapes and there are so many to take in. 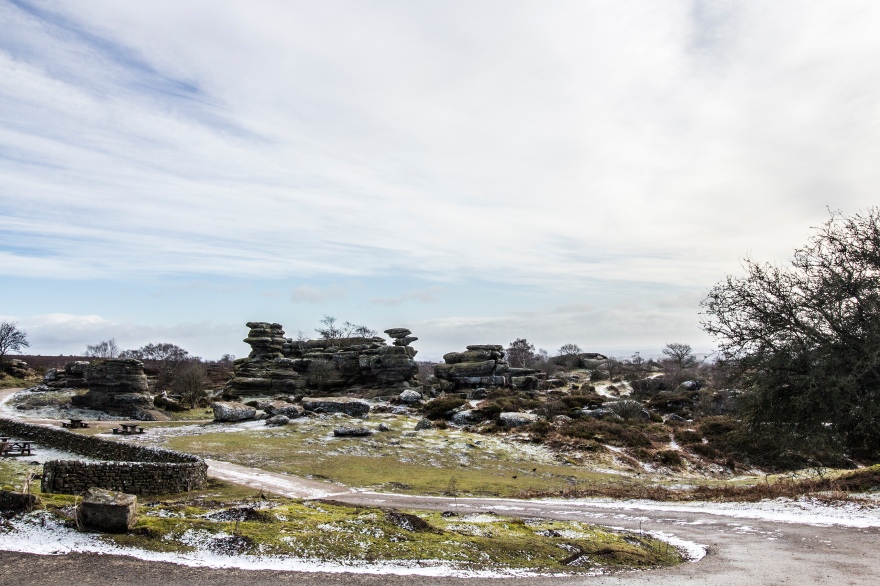 The view from the visitor centre is like a real life Jurassic Park, and when the snow descended it looked even more dramatic. If you fancy a trip to Brimham Rocks (and I highly recommend you do, you can find out more at Brimham Rocks

It’s £6 to park but from that point on you’re free to roam around as much as you like, there’s a kiosk for hot drinks and a gift shop for the usual National Trust stuff. 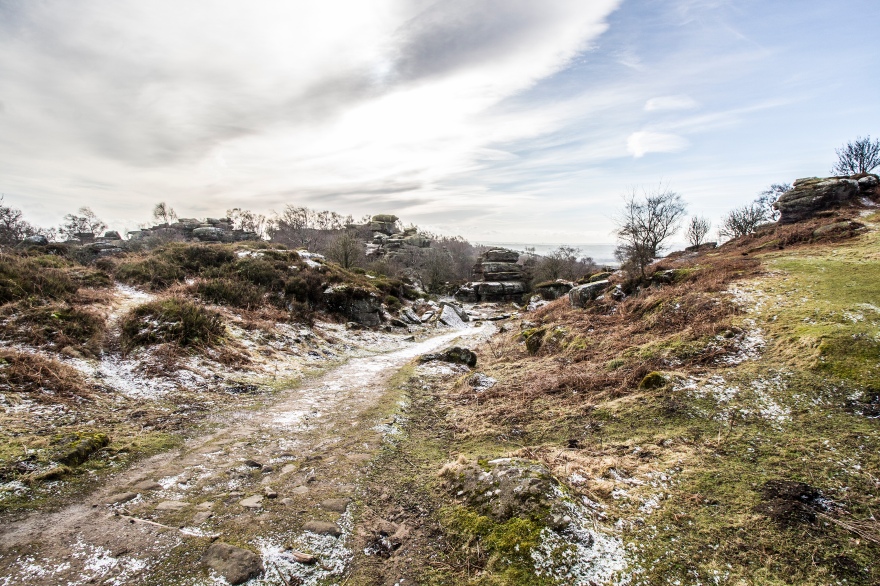 This was my son’s first trip here and he definitely wants to go back in summer to have a better look around, and apparently he wants a better picnic next time too!

When the snow really set in it seemed like we’d have to call it a day and head back to our cabin to warm up.

So we headed back, only for the snow to stop abruptly. So I decided to take a trip to Hackfall Woods, which was also nearby. This is a fab spot, if you want to find out more then check out Hackfall Woods

This woodland walk was beautiful and there were loads of abandoned follies which were great fun to spot.

If you’re in this neck of the woods (literally) then it’s a great walk, you can either do the long or short route. Or, if you’re like me, get lost almost immediately and wander around for an hour before ending up in a sheep’s field. It’s not everybody’s idea of a great holiday but it keeps me happy!